Pictures of the President getting on board Air Force One in Florida show him holding the umbrella above himself to stop him from getting wet.

Unfortunately, Trump didn’t bother letting wife, Melania, and son, Barron, underneath as well, leaving them exposed to the elements. 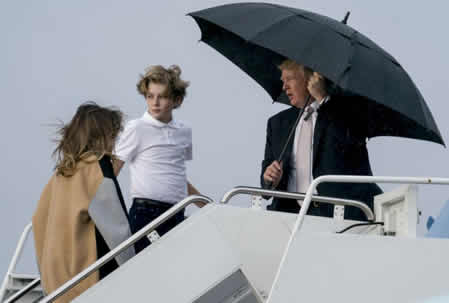 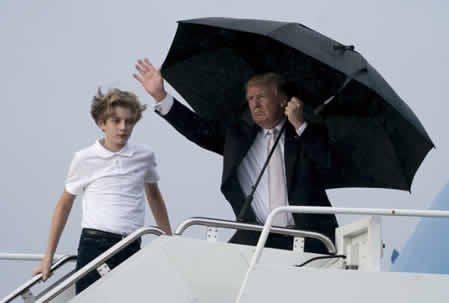 The trio were on their way back to Washington from Trump’s Mar-A-Lago club, after spending the weekend there.

While at the club, Trump addressed recent accusations that he had described Haiti as a “sh*thole” at an Oval Office meeting.

Insisting he was not racist, Trump told reporters: “I am the least racist person you have ever interviewed. That I can tell you.”

The White House has not denied that Trump said ‘sh*thole’, while Republican Senator David Perdue told ABC’s This Week: “I am telling you that he did not use that word.

“And I’m telling you it’s a gross misrepresentation.

Trump also tweeted: “I have a wonderful relationship with Haitians. Probably should record future meetings – unfortunately, no trust!”

November 23, 2017 todaysprimenews
By FEMI ADESINA At his incarnation, wise men gifted in astronomy came from the East, all the way to Bethlehem, in...